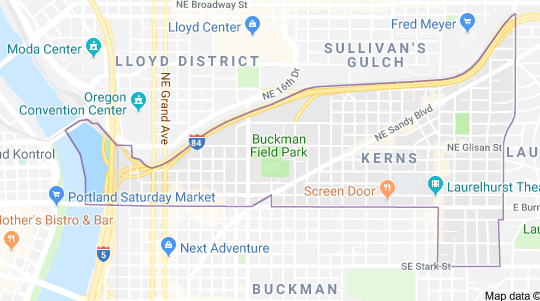 It’s an odd slice of territory and an odd system, but the neighborhood system is how the City sees and communicates with its neighbors.

It’s the only way to track crime data (beyond citizen reports and unsubstantiated 911 calls), it’s the way the City communicates with neighbors about developments.

Though it doesn’t have much official power and is in flux, the neighborhood associations like the Kerns Neighborhood Association are another layer of government and a way to connect with other neighbors who care about making their neighborhood a better place.

Many think it’s a flawed system— and often it’s a forum for intense conflict— but right now it’s what we have. We’ve been reporting on these issues in East Portland for two years, and are pleased to expand into inner Southeast.